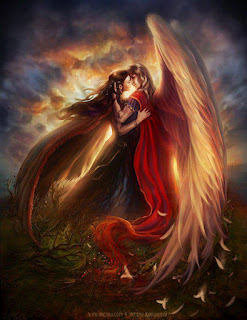 If you seek to appease any soul in an active state of performing a control drama, you will learn nothing but

pain. Drawing from the wisdom of ACIM (A Course in Miracles) that touches on this same scenario but in the form of the illusion of the premise of attack in these souls and the illusions held by those on the receiving end, the goal for all involved is to transcend the control drama and stop manipulating others for energy and love. Giving love to all does not mean one offers one's self up as a human sacrifice. Giving love means: 1) you acknowledge the control drama comes from unhealed wounds within a person, 2) that you understand their manipulations and attacks have nothing to do with you at all and has to do with their attempt to transcend pain even through the creation of collateral damage (hurting you), 3) that you can forgive the harm they do to you as they are really only attempting to harm themselves (the attack upon you is an illusion - their premise is an illusion) and 4) that you rise above their battlefields where the blows cannot harm you and refuse to further engage in battle (forgive your brother/sister and forgive yourself...condemn them and condemn yourselves - e.g., counter attack).
Know your limitations, know what is happening in a control drama, know the value of love and forgiveness and know that you do not have to engage in battle. When you draw your sword and do battle with those in a state of an active control drama, you condemn yourself to remaining mired in the illusion.  When you forgive your brothers and sisters, you rise above the battlefield and forgive yourself and set yourself free.  It seems pretty simple but its darn hard to learn. Every soul is worthy of love and every soul is worthy of forgiveness...it's just that it takes a long time sometimes for folks to gain the awareness enough to see. ~Blessings of higher love and understanding dear ones.
(c) Jaie Hart (Photo random internet find).  Note:  The concepts outlined are owned by their creators as is stated within the article above.  I do, however, gladly own the understanding that has come after many years of lessons with this subject.  The freedom this understanding brings is immediate and the healing that follows the ability to finally see the truth beyond the illusion is just beyond my ability to articulate at the moment. :)
Posted by journalofmcc at 7:05 AM