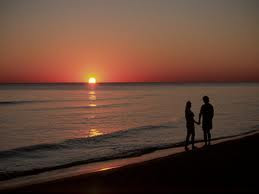 There has been an interesting energy this week.  I felt in Monday most uncomfortably and then the pressure began to build yesterday and I knew what was coming, I just didn't know when.  Then last night, I opened my eyes and I felt it, the Earth moving gently in a shallow circular feeling pattern.  At first I thought I was just dreaming but one quick peek at an eight pointed glass star I have hanging from my ceiling on a chain and it was confirmed, Earth quake.  This one was closer than they've been in a little while.  With all the activity down south for the last two years, I'm not surprised were beginning to feel larger ones further north.  I attempted to go back to sleep but it was so hot still and the builders of these homes back in the sixties figured they were close enough to the beach that they wouldn't need central air conditioning.  I guess they didn't count on global warming.  So I laid there for a while and could not help but notice the family about 5 doors down seemed to be talking so loud that it echoed across the court yard.  With windows wide open and no apparent thought that their voices might carry, they went about a very loud and seemingly meaningless and superficial conversation that was not entertaining to me in the least.  I wished more than anything to be standing on the shores of Elsewhere, feeling a cool sea breeze and listening to the hiss as the waves crest and fall gently onto the shore.

I could still feel the pressure beneath the Earth and it interfered greatly with my ability to meditate so I sat up for a little bit at 11:30 p.m. and thought about what emotions would be most conducive to returning to the land of dreams.  Being upset with noisy neighbors wouldn't do it, being angry at the heat which I have absolutely no control over wouldn't do it and being frustrated that I could sense magnetic disturbances realy wouldn't do it.  So, I turned the fan on high, turned the light back off, and turned on the television to watch Discovery Science something for a few moments.  The land of dreams called to me so strongly and I called back out to it with my energy with a smile.   Soon enough, although I could still hear my neighbors, their loud voices began to grow farther away as the vast black void slowly turned into a beautiful undulating sea of blue and I could feel cool sand beneath my feet.  hardly believing I'd done it, transporting myself Elsewhere under challenging conditions, I took a look around feeling bliss deep within my soul.  And just when I thought there could be no better feeling, a quick scan of my horizon and there in the distance, a familiar silhouette and I walked with a smile in that direction.  It seemed I walked for miles and miles and soon enough, I was Elsewhere and I too had become a silhouette and I drifted peacefully off into a beautiful dream.