Breaking the Veil of Illusion 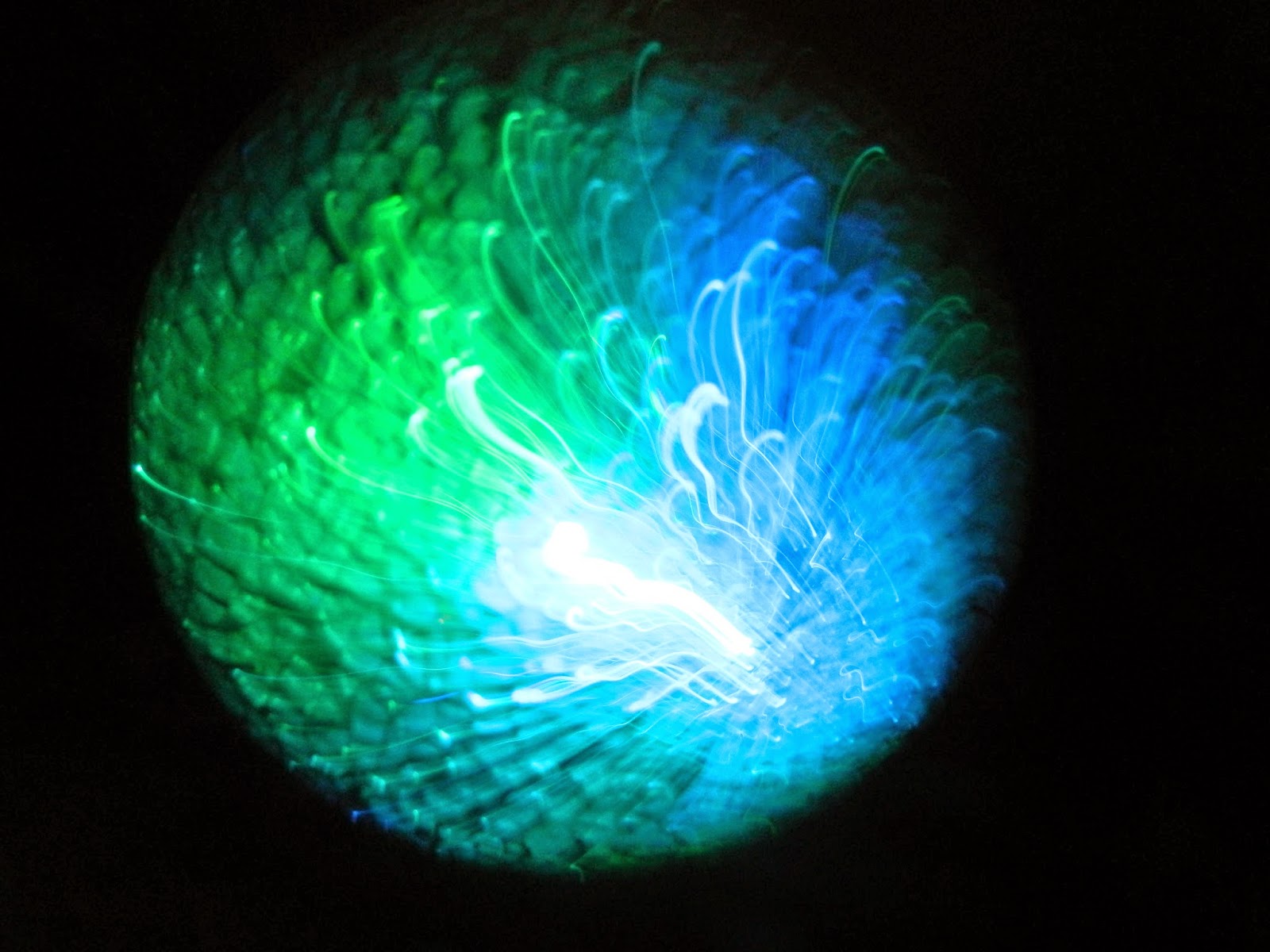 Interesting it is how labels and accusations are so carelessly strewn about by some against others without understanding the truth.  You see, your observations can only ever be filtered through your own biases, experience and other psychological filters. These observations form a perception of a thing or a person, and your perception, no matter how much you think is the definitive truth, is nothing but what you want to believe projected outward from within.  This is done commonly and frequently with little understanding in the absence of understanding these projections upon others in the form of labels and names. The labels created are not really representative of "the other" that is the object of your observation but is rather more descriptive of something much more familiar to you.  Namely, what things lay hidden deep within you that you unknowingly project outward onto "the other."  The question those labelled often think in desperation is, "Why"?  Why would this person or that person label me in such a hurtful way? Conversely, people can label you in what you think is a helpful way and still they are no closer to the truth of you.  No person outside of you can truthfully determine your greatness or inadequacies properly without understanding the paradigm of The Whole.  And I'll tell you, there are few who truly understand the paradigm of The Whole.

Imagine, if you will, the internet of all things.  There are those who study it as if it is an organism in and of itself.  It may be a confusing concept, but come along with me a moment as it might help you better understand one of the many metaphors of our existence here in this frame in the way we project ourselves.  So, across the entirety of the globe (well in most places it seems these days), there are computer servers that are connected one to another through a vast physical network that creates the world wide web.  The world wide web is a mass connectivity vehicle for our ability to "tune in" to others in the physical world.  Now, each individual with a lap top, computer or smart phone taps into that source to connect and most definitely, individually project themselves into the whole of the world wide web.  We are not the world wide web but the computers we use are a part of it by virtue of an internet connection.  Does that make sense at least at a high-level?  Okay, so stick with me another moment and I'll take you down a curve in the road to a much broader application of this concept which is not new at all but very old and understood by the Ancients, the Mystery Schools and even some great religious/spiritual teachers dating much further back than our history documents.  There is a cosmic consciousness, a single Source that was the impetus for creation.  We each are like a tiny thought emanating outward from that Source but always and ever connected to that Source.  Through acknowledging connectivity with that Source we realize the connectivity we all hold similarly with each other.  In this way, we are all one in that we are all the same thing in a way, thoughts projected from a Source.  Now, this Source is infinitely powerful and creative and as you know from your own mind, your thoughts come from within you and once you create them, you send them "out there" and they become a thing unto themselves...energy, magnetic, emotion producing things we don't understand deeply enough.  We are very much like those individual computers that plug into the world wide web.  The thing is, we are never not connected to our Source and need nothing physical to connect to it other than understanding.  As we connect to Source, we too are connected to each other.

Coming back to labels now for a moment, as well as observations. If you observe with your thoughts another part of the connected Whole and ascribe labels to other parts of the Whole, in a way you are labeling yourself.  What you perceive is not necessarily the truth and doesn't necessarily stand up to the rigor of testing because your perception can be skewed by assumption taken as fact or truth when there is not a single thing underpinning solidly the formation of your assumption or perception.  But, because it seems to come from inside of your own head and maybe those thoughts generate some emotion or conviction behind it, it seems real enough and true enough. Given the limited set of facts within which most live and consciously operate, there is no reason to question the validity of your own assumptions, observations or perceptions.  Truth, however, cannot be readily understood without facts and understanding.  For ages people believed the world was flat and you could sail right off of the edge into oblivion.  That was the common perception and agreement at a certain point in our history.  That is, until some brave souls sought the truth beyond belief and sailed to the edge of the horizon and learned that the Earth was not limited in nature by being a flat 2 dimensional organism but in fact, it went on and on and around.  These souls came back and shared their truth in the form of findings and then it became readily acceptable that the world was, in fact, round.  Then there was the idea that the sun and the planets revolved around the Earth.  This was held as the only truth in the absence of facts.  Even when the facts began to surface, they were outright rejected and labelled blasphemous in fear due to many factors but primarily a complete lack in understanding.  But then, times progressed, scientific study progressed and new understanding dawned.  We learned that the Earth revolves around the sun, and the sun is just the center of one universe and that there were more universes with suns spiraling through space by some impetus and force (Source, if you ask me).  We then learned to go deeper within and study matter, energy and force and the things we took for granted or falsely held as belief were disproved by science. New windows and doors to the mind were flung open wide with new data and new horizons to explore and discover.

Now, considering all of this, what if I were to tell you that what we perceive as real here, is still just an observation based on the limited or incomplete "facts" we hold as our beliefs about reality and what reality is?  There is so much more than what meets the eye.  There is a world of consciousness we are not yet conscious of and the energy in the universe is connected and connected by the same Source that created all of it.  That means we are all an integral and important part of the Source, a collective of existence with individualized points of focus in an agreed upon reality.  The illusion of reality (life) as we perceive it is called Maya by the Hindus. (Check out the Rigveda for more understanding of the meaning of Maya).  Life as we know it is a grand illusion and to a great extent we are all delusional in our thoughts that what we see is real or that what we see, assume and perceive is representative of the truth of a thing or a person, is the truth.  If you look back at all the explorations into the various aspects of life, existence and conscious understanding, you will see that the truth is not easy to discern by relying on our projected senses, our projected ideals, our projected morals and representations of belief we hold as truth.  Our beliefs dissolve in the light of understanding.  Why?  Because we are growing and beginning to leave behind us the time of small-minded thinking.  Some of the Whole is aware of its delusion and thus seeks the freedom from it through understanding.  Some of the Whole is unaware of its delusions and strive all the harder for the security of making their worlds more than real without understanding how that undermines their own limited perceptions of and about existence.

Coming full circle, realize that to perceive or label a thing does not define its truth.  There is only one truth upon which we can rely and that truth cannot be defined by me for you.  You must learn to understand the truth for yourselves.  However, you will not find the truth of you in labeling your brothers and sisters who walk this Earth with you.  In either positive or negative labeling, by raising others up higher than you or lowering them beneath you, you actually cage yourself in a prison of your own mind.  The All is Mind, the Universe is Mental (Hermetic principal from the Kybalion).  This "physical life" is a construct of our making, collectively creating as we have been created.  Sometimes trying to wrap your physical and limited mind around this concept makes you feel "mental" in a whole different way.

However, through patience, perseverance, allowing resonance, congruence, love, forgiveness, gratitude and an intent to understand, you can free your mind, body and soul from limited thoughts and embrace the whole of existence in a more liberating manner. The truth then is much better understood and the lesser acts of limited labeling or trapping yourselves in the veil of the ego would seem entirely insane.  Our assumptions and the need to label to begin with comes from illusion. The illusion of whatever it is the ego wants only seems real but it isn't.  The ego cannot tell the difference between a fact or an assumption and will line up emotions with either.  But, there is a deeper knowing part of your being whether you are in touch with it or not (your spirit) and it is the only thing that can guide you to the truth.  The truth is more intuitively felt than understood with limited human words.  We are by far above the limits of labeling even if we sometimes refuse to act like it.  Attempting to become greater at the expense of another (which is a colossal illusion with quite fleeting benefits for the greedy ego) is meaningless and doesn't support you or secure your stature in a meaningful way that is everlasting.

If you tire of the victim-villain struggle for power, the only way to freedom is to understand you can't know what you don't know, so go and seek to understand the truth.  Learn that what you give out to this world becomes you.  Question the beliefs you assume or hold as truth.  Offer this world forgiveness and love, offer this world peace and understanding and refuse to play into old programs that don't seem to get you anywhere. You end up chasing your tail for an ego feed that will never truly fulfill your deepest needs.  Your deepest need is understanding, to belong (and you belong to a very big Oneness in Source alone) and for love.  You are love.  Let that come to your mind first before labels, before negative self or other judgments.  Seek understanding and it will come and if you embrace it, you will be free.