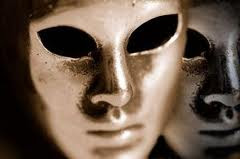 The concept of the "Psychodrama" was developed originally as a method of therapy. Jacob L. Moreno created the concept in which players have an assigned role to initiate understanding into psychological structures of issues.   By encouraging an individual to address a problem in a creative way, reacting spontaneously and based on impulse, they may begin to discover new solutions to problems in their lives and learn new roles they can inhabit within them.  Psychodrama was created as a specific means to help address psychological issues from within groups.  We assign the meaning of this word to describe others who are unwittingly acting out a psychodrama in normal daily interactions with us/others.  For example, those using psychological projection to attack and provoke you for engaging in behavior you are not engaging in but the accuser is.  We call this in even non-psychological conversations, psychodrama.  The meaning we give it is someone unknowingly acting out a psychodrama from past unhealed trauma and pain.

When you are on the receiving end of the psychodrama scenario, it is so hard to hold your ground and not become engaged.  Those embroiled unwittingly in the psychodrama do not understand what they are doing entirely.  They want an emotional reaction and get a little jolt of a high from the energy they evoke in you when they catch you off guard with psychological transference and projection. The trouble is, that if we do not spot someone enacting an unwitting psychodrama, we end up giving them something that makes their condition so much worse.  The only real answer is to be so strong and sure in your own light that rather than being thrown off or pulled in unawares is to maintain your center and find a place of peace within you so that you can query the protagonist of their own psychodrama.  The ego, wants to defend and fight back but this is of no value really to the person engaged in psychodrama without knowing they are creating it.  To find a way quickly to either set a quick boundary and disengage or walk a person through the lies and assumptions they are creating is a much better way to go.  Pointing out their psychological shortcomings or using armchair psychology you studied up on in the heat of an argument is also a really horrendously bad idea and is of NO value at all what-so-ever.

I cannot count the number of times I've been caught unawares by the protagonist embroiled in their own unwitting psychodrama.  That so didn't help and by the time I realized, it was too late and my own emotions had become engaged.  The only thing I could do at that point was create a chasm of distance so that I could regain my composure unprovoked and understand better what was happening.  As a compassionate soul, these kinds of souls are drawn to me like a powerful magnet.  They get compassion from me at first but when I don't engage in the psychodrama, these souls adeptly search for my buttons.  As an open book, they will try anything to engage me and when I don't they then get outright nasty about it.  In such extreme cases, I have no choice but to pull completely away and disengage in any and all contact.  This, sadly, reinforces the protagnoists deepest fears at times.  As unfortunate as it is, it's not my responsibility.  I hold compassion but as a free will human being, I choose what I will and won't participate in and that is my right.  Sometimes though, with some people, I wish there were another way.  Without the other party getting psychological assistance, it is a no go in my book.  The sane one cannot be the one always running to therapy while dealing with the insane.  In other words, I refuse to make myself a human sacrifice for those who have a taste for the adrenaline rush and negative energy of psychodrama.  I've become a hermit lately because that is all I've had around me for so many years and I have to tell you, I'm tired.  I no longer wish to participate in psychodrama and really do not want to go through the energy drain of setting boundaries just to be attacked for asserting my right.

I suggest (as I contemplate allowing a former protagonist in - only because this one IS a blood relative) that you learn to spot psychodrama early in any of your human interactions.  Learn to spot it, understand it and do not react from an ego place related to it ever. The moment you do - it's a lose-lose situation.  If you can maintain your light and your center and stay focused and unemotionally so, you can turn the interaction into a win-win.  It takes work and it takes effort and only you can decide if you're willing to put forth the energy to help the protagonist by neutralizing the psychodrama.  After a while, when they see they cannot get under your skin, they will move on to fresh meat.  I'm serious!  It sounds funny but those who engage in psychodrama only do it with those who will respond. When you stop responding to it with empathy and sympathy, the protagonists of the psychodrama go away.  You will have to become so sure of yourself, remain absolutely so high above reacting to insult and develop a steel or titanium disposition when around these souls.  It takes energy, patience and time but you can use compassion to help get you there.  Ditch the empathy 100% or you issue yourself an emotional death sentence with these folks.  Did you know that sociopaths, narcissistic and borderline personalities actually target empaths?  Yeah, sick and twisted but empaths have an abundance of emotion and those emotionally challenged and unable to feel as you do will be drawn to you.  Lessons in temperance much?  :)

As an empath I can attest to the truth of this and you can seek validation of this truth from so many sources (it's too many to list so I won't bother).  You need to know what you are dealing with and get so strong that you do not become the deliverer of the negative energy fix the creator of the psychodrama is seeking.  To engage in the negativity they seek, it's no different than handing a bottle of vodka to an alcoholic.  Be responsible for yourself and your actions.  Never take accountability or responsibility for the feelings and actions of others.  The only soul you can control is yours.  If you're dealing with a difficult personality in your life, I highly recommend the book, "Stop Walking on Eggshells" by Paul T. Mason, M.S. and Randi Kreger.  Very enlightening book with many helpful ideas.  Within the pages of this book, you'll also find an online support group to help you get through these difficult interactions with those who unwittingly and continually engage in psychodrama.  Just remember, full contact, partial contact or no contact is entirely up to you and no one has the right to judge you for what you need to do for you. To be honest, my heart goes out to all involved with difficult people, even the difficult people (see, empath).  I pray that everyone finds a measure of help and healing to get through these challenging situations without creating more emotional collateral damage.  However, involved parties need to understand their roles and motivations just like an actor on stage if they want to get through the scenario in a positive manner that promotes self-respect all around and emotional healing.  ~Blessings of higher love and greater understanding.

Email ThisBlogThis!Share to TwitterShare to FacebookShare to Pinterest
Labels: Psychodrama