Looking Toward the Light 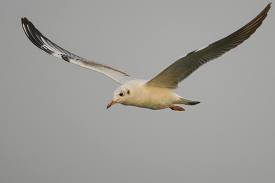 I walked along the shore in silence heading straight towards the sun.  The sea breeze warm as a summer afternoon seemed strange for mid-October.  The locals out walking enjoying the sights seemed oblivious to the paradise they had there before them but enjoying themselves none-the-less.  I found a rare isolated spot and I sat there quietly taking in the view.  I breathed in as deeply as my lungs would allow and I exhaled so slowly so as not to make a single sound.  I closed my eyes there, comfortable in the sand and listened for the waves crashing onto the shore mere feet just ahead of me.  In a moment I was transported somewhere else and I opened my eyes and the skyline had changed.  The sky now tinged pink and twin suns side by side held seemingly by magic mid-horizon.  The sound became richer and more full and that familiar feeling of home struck me as a fine mist from tumultuous waves danced along the shore reaching out to me invitingly.  I stood up to see the landscape deserted and I decided to walk out and stand in the break water.  The water was perfectly cool as I stepped in and I gazed out at the swells rolling gently in perfect time.

Oh, these dreams, they make me wonder some times.  Just what is it that keeps calling me here.  I try to stay away and my dreams draw me back.  I try to focus on the here and now and the scent of that beach and that shore draws me in seconds up and out of a rather ordinary life.  Why here?  Why now?  What is the reason?  A lone gull flies over head and I watched him soar away from the suns.  I turned to follow just curious now.  He landed a little further down the beach near an outcropping of rocks and I walked slowly so as not to scare him off.  He looked at me as if to say hurry human, you're moving too slowly and I laughed a little at my own imagination.  Just as I approached the beautiful gull he banked East and went inland but not very far.  Again he stopped and he waited for me it seemed.  I quickened my pace to ensure I kept him in view and he flew yet again to the top of a very small hill and landed atop the highest branch of a lone tree on that hill.  I kept my eyes on him as I made my way closer and I noticed at the base of the hill there was a ripple and shimmer I caught but I wasn't quite sure.  I blinked my eyes thinking the salty air from the coast must have made them teary but when I opened them again, the shimmer was still there.  I walked up right to it and hesitated a moment gazing at my feathered friend.  He still looked at me as if I were crazy and I reached into my pocket for some crackers I had wondering if my friend might like a snack.  I stepped over the threshold and I felt a warm chill as if energetic glitter had been sprinkled over my being.  "What took you so long," my friend then did say.  I was stunned for a moment as I realized there was no gull before me but a beautiful soul - no feathers had he but gorgeous blue eyes.  He reached out for me and I embraced him and said not one word.  "Don't ask, just turn around," he said.  I did and watched the suns sinking into the ocean, the right one and then the left still higher on the horizon.  The colors painted across the sky deepened from pale pink to smouldering reddish magenta with fiery orange rays fading into the back ground of the coming night.  The colors dancing atop the water was breath-taking like an amazing display of fireworks back home.  I caught my breath at the beauty and I heard a dog barking and a felt a rather surprising thump.

I was back on my beach back home, collateral damage of a rather large black lab seeking momentarily lost frisbee.  I scratched him behind the ears and grabbed the frisbee and sent it sailing towards his owner.  I sat there frozen a few moments feeling the traces of my vision.  I smiled understanding something I hadn't before.  Sometimes you have to just follow the light no matter the reason, no matter whether you question your footing even.  You just have to keep going in your chosen direction even when you're not even sure why anymore. ~Blessings dear souls for an amazing journey.