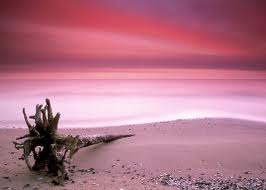 The swirling activity of the day had me reeling on my drive home from the office.  I turned up the music trying to leave the stress behind.  My efforts seemed futile.  I realize in this moment that I have held far too many thoughts of late with too many stops and too many starts all rushing for conscious cognition at lightning speed.  Oh how I wish it were easy to dump the brain of extraneous thought matter.  Especially the ones that evoke uncomfortable emotion.  No such luck for me.  I realized I was going to have to work through each one of those before I could loosen their grip on me.  With everything in me I wanted to escape and I had a place in mind.  It was a beautiful place so much like a dream except it wasn’t a dream at all but something altogether different and entirely more ethereal.  At the next stop light the sun light nearly blinded me and I felt myself slipping elsewhere.  I remained aware of the very ordinary scene before me but a part of me was already gone.


I could suddenly smell the ocean and hear the hiss of the waves as they crash and retreat from the shoreline.  Oh goodness what that sound does to my soul and in this place, this very special place, I have found myself so often sometimes I can hardly tell which is more real—eslewhere or here.  I walked slowly not wanting to miss a thing moving ever closer to the shore.  I looked up as I caught the sound of a gull’s cry and there it was, familiar pink sky.  The air was perfectly cool and comfortable as I finally reached the shoreline.  I watched in awe as the wet sand became a mirror for the beautifully refracting sunlight and then slowly the mirror faded into fine grainy white sands.  I stood there motionless for the longest time.  Truth be told, emotion had me feeling so heavy I could barely move in that moment.  Memories washed over me from so many times…a mini montage of faces and smiles, different times and lives all swirling upon the same emotion—love.
With that single thought and cognition of emotion, all thoughts stopped swirling and I sat down alone on the shore.  "I only ever wanted peace and maybe, just maybe one dream," I whispered into the wind.  Fighting back the tears of emotion I decided to focus on the waves, the birds in the sky, anything but the thoughts spinning wildly in my head.  "God, why did you make me such an emotional creature," I asked outloud smiling as I gazed up at the sky.  Hearing only silence in reply, I reached my consciousness out to the sea, to other faces and places in time when I felt just like this.  There is so often a reason for recuring emotion and the lessons that create them.  I know better than to question why, I know why.  I sat with the silence for the longest time and I heard a voice--"Everything is perfect just the way it is, including you."  I turned around to see who spoke and then the tingling in my core confirmed it's source.  I smiled in earnest just then.
The light turned green after what seemed like an eternity and I let go of my thoughts of elsewhere and focused on the most immediate tasks at hand.  The orginary world needs my focus just now and I must take care.  Thoughts still racing, I drove into the sun.  Sometimes our own questions are answers and the answers bring more questions.  I'll sort these thoughts out one by one but not now, later...I turned up the radio again and finally let go.
(c) 2012 (photo is a random but beautiful internet find).

Posted by journalofmcc at 6:32 PM