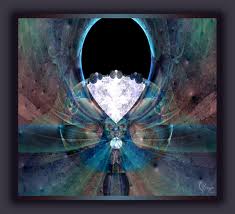 I was driving home into the sun like normal and the traffic was ugly as usual but I was someplace else the entire drive.  A memory struck me and took me back to a single moment in time.  I don’t know why it was that I should be pulled out of my present day reality and taken to this one particular point in my past.  Well, except maybe there is a familiar feeling that has come over me lately and it resonates with that one memory.  It isn’t all that pleasant recalling the details of what lead up to that one moment in time.  It was just a tough moment in life all-together for me due to, of course, my own choices in life but everything did eventually turn out alright.

That feeling returned to me today along with the memory.  That feeling of being softly enfolded in love and warmth, that feeling of pure peace, beautiful bliss and the complete joy  and gratitude…all of these feelings have been so much a part of every day for me lately.  Like then, I’m not really sure what’s happening but it feels good, damn good and it’s about time too.  I’ve had a long string of lessons and I swear it feels like I’ve descended into the darkness of hell for about 7-10 years and have only now returned to the light.  So much of who I have been has been left behind me in my travels and yet, at the same time, there is so much of who I really am that I have finally and ultimately recovered.  It's funny, as I sit here writing this right now, that very same presence that was with me that night is here.  I can hear it and feel it in this moment.  My thoughts are in need of trailing off for now to bask in this feeling of pure bliss and joy and experience the fullness of whatever it is that needs feeling just now.  Be blessed dear ones and know that everything happens for a reason.  There truly are no coincidences, mistakes or accidents in this world.

Posted by journalofmcc at 7:07 PM