Watching the Play Not Acting In It! 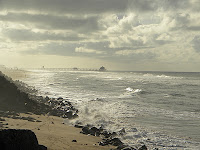 Yesterday evening I sat on my patio. It was so warm out but I was awestruck by a sky filled with water-color clouds. It was truly amazing. Sometimes in life, chaos just swirls, people generate drama for their own psychological reasons and life doesn’t feel so amazing. But, that is just a temporary reaction. Once you have time to sit with yourself and realize that nothing that anyone says or does can change who you are or how you feel, it gets easier to understand the machinations behind all of the drama. When people have someone else’s misery to create and focus on, they can escape what’s painful in their own lives. Contributing to that drama, acting on assumptions and perpetuating drama is its own addiction or distraction. None of this is healthy for any of the people involved. The healthy thing to do is to cut the drama off…stop sympathizing and believing one-sided stories and instead consider what might bring healing to the situation—that is the healthy thing to do.

We’re human. We make colossal mistakes in human interaction for all kinds of reasons…even a transient bad mood can have you contributing to something outside of your character but at what cost? There is always a cost. As I sit and watch the blue and cloudy sky tonight, I think about the space in between the clouds—deep cerulean blue. It reminds me that before I allow myself to get sucked into all these millions of universes with lots of hot sun and raging storms, I should give myself pause—time out…just time to consider what I’m getting myself into. Negative drama of any kind requires energy to participate in. I would rather spend my time focusing on loving thoughts, compassionate actions and what I can do to convey a message of hope in this world than to spend too much time supporting drama.

The mind blowing things I could tell you about what I’ve faced and dealt with in the last month is almost unbelievable. But, rather than get into the juicy details (telling my story only reinforces the negative and I won’t do it—LOL), I will tell you that right now in this very moment I see the drama for what it is and as for my part, I see that for what it was and is too. It’s nothing but a life lesson that isn’t personal. We’re always part of somebody’s life lesson and someone is always part of ours. Human interaction is important but to continually engage in it in the negative? No, I’m sorry, I just can’t. Drama is toxic for me. Even though I withstand hurtful words, the energy is ugly in its impact for me. I’ve decided to stop engaging in drama, stop worrying about what other people say and do. They are just actors in a play and rather than acting right along-side of them, I’m going to just observe. I do not wish to participate so am taking myself out of the chaos, the drama and setting a boundary with myself. Quell the urge to defend, correct or right the wrong behaviors of others. That just isn’t my job. My job is to focus on me and my thoughts—Me and how I feel – Me and my world which does not have to include negative people who wish only to cause pain. I do not put my stock in man-kind but rather a higher power – the power of love, the power of compassion, the power of forgiveness and the power of control…as in controlling myself in order that I have right action, right thought, right speech and so on. That’s my job. The rest, like the serenity prayer—I hope I’ll be guided to steer clear of those things I have no power over and as far as those attempting to exert power over me – fine, you win, have your drama – serve it up thick but I’m still not biting. In fact, I wish them all nothing but love, nothing but healing and nothing but the truth to dawn on all around you forever and ever!

If you find yourself in a position where you are feeling forced to defend yourself, remember this - the truth always comes out and you don't have to do a thing.  Be good to yourself by disengaging from dramatic scenes in your life.  You get to choose what you react to and which scenes you will act in.  Really! ~Blessings
Posted by journalofmcc at 7:01 PM