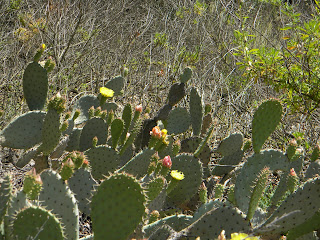 Drama...interesting word. It isn't a word confined to the theater, movies or even television. Its something that tends to run rampant in the lives of the populace from time to time and sometimes, in some lives, it becomes a sustaining mechanism. For some people, it just seems they are unhappy unless creating drama for themselves or others. I think drama or the by-product of drama, adrenaline, becomes an addiction. For all manner of reasons, people become addicted to drama and it's resulting rush of adrenaline. It makes them feel alive and gives them a sense of power, seemingly. However, for the habitual perpetrators of drama, the rush is short lived and they really must continue to reach out and stir things up to get a fix.

You can't put such people in their place because any attempt to address their development of drama out of what you view as nothing feeds right into the building of yet another dramatic situation. It creates yet another conflict to keep the turmoil burning in their minds and hearts. Oh, we'd be justified to put them in their place and to fight back but the reality is, it really isn't right to feed their addiction any more than it would be right to hand an alcoholic a bottle of vodka or a crack addict, one more rock to burn. It's not right! So, if you have a drama king or queen in your life, realize that its not your job to fix them, put them in their place or set them right. It's your job to get through the encounter without doing more harm; without feeding their addiction further. How do you do that? Don't give them anything to sink their teeth into. Disengage your own ego and know that no matter how hard your buttons are pushed, you have the power of choice--you have power over how you will use your words and you have power over your own thoughts. Use each of these powers wisely in a way that does not create more harm.

It's unpleasant at best to deal with a drama queen or king. They've set up their lives to be an aggressor or a victim just to manipulate people or get people to lash out at them. With their focus so engaged on others, taking the inventory of other people, they cannot and will not see their own hand in their own creation of the drama around them so really, there is no point in fighting back. It would be a waste of your energy. If you want to do anything at all, speak from the heart instead of seeking to get even. If they say something that hurts your feelings, say "you hurt my feelings." Then, let it go realizing you are not likely to change them. The only person you can change is you...the only thing you can change is how you react to the drama queen or king!

I have learned that in my life, the drama kings and queens have their own lessons in life to learn and I do not desire to be part of their drama--so, I do not engage. I might listen if I have the time but I know that just like an addict, they will say or do anything for their next fix. So, I don't waste a lot of time trying to fix them. I keep my focus on my own life, my own thoughts and I keep control of my tongue. If I fear I'm beginning to lose control and I can't move my buttons far enough to keep them out of reach of the drama king or queen, I leave--get away, refuse to return--whatever it takes. I have the right to live my life in peace without fixing or becoming a part of everyone else's drama. I have the right to stay centered, grounded and seek to maintain my own serenity. If I let people knock me off my center by engaging in the drama of others, I find I become so very drained. I don't like how that feels. So, I just don't allow it. I pray hard sometimes asking my Maker to help the drama-addicted to find peace and comfort, preferably far outside of my realm of existence.

I view things in terms of worthy and unworthy battles. Helping someone honestly willing to see things differently--well, that's a worthy battle. Engaging in battle with someone to get even or restore my own ego after an insult is really an unworthy battle and I know if I engage, I will feel really bad about me. Feeling bad about me does not help me so I just disengage. It's not up to me to convince someone insulting me that they are wrong. I might state that they misunderstand and that I feel they have judged me wrongly but I won't fight to be right on that point. It's not my job to change people's minds. It's my job to live my life by doing the right thing by me and to me.  The right thing for me is  to not waste my energy convincing those souls out there that they should like me, accept me and not insult me. That just isn't my job. People are entitled to their opinions and I just refuse to fight with people seeking drama for a quick high.

Something to remember, drama kings and queens are very judgmental. They know your every flaw. Do you want to know how they see it so well? Well, it's because they too are flawed and it's much easier for them to point out your weaknesses and flaws than to deal with their own. Remember that anyone who judges you without first walking a mile in your shoes cannot possibly bring any truth to bear on who you really are as a person. So, in those instances where judgment comes across, see it for what it is and let it slide right off your back. If you think there is a shred of truth to what is being said, it's up to you to do something about that but do it for you...not for the drama king or queen.

The drama kings and queens of the world will continue to stir up chaos and turmoil to get their daily fix until they tire of it and decide to pull their energy within and heal. You can't force them to do that work but you can choose not to participate whenever their addiction to creating drama hurts you. You have the right to withdraw and keep yourself surrounded by peaceful thoughts and people. You do not have to subject yourself to any souls you do not wish to subject yourself to. The ones you keep your distance from may fight to keep you right where you are and only you can decide if you can love them unconditionally up close and not be affected by their drama or if you must do so from a safe distance. You can decide to hear their tales of woe and not get involved by putting the ownership back on those people. That's different than insulting them back or putting them in their place.

I'm going to be very peaceful today and filled with gratitude that my life is full now of so many loving a peaceful individuals. Had I not taken the time to want that in my life, my life would still be filled with drama kings and queens driving me mad! But the people and things you hold to you in this life are a choice you make. Think positive in your interactions, pray for healing for those people, pray for strength for you and be grateful for the serene moments you do have and you will draw more of that to you.