Fearless Introspection is the Way to Freedom 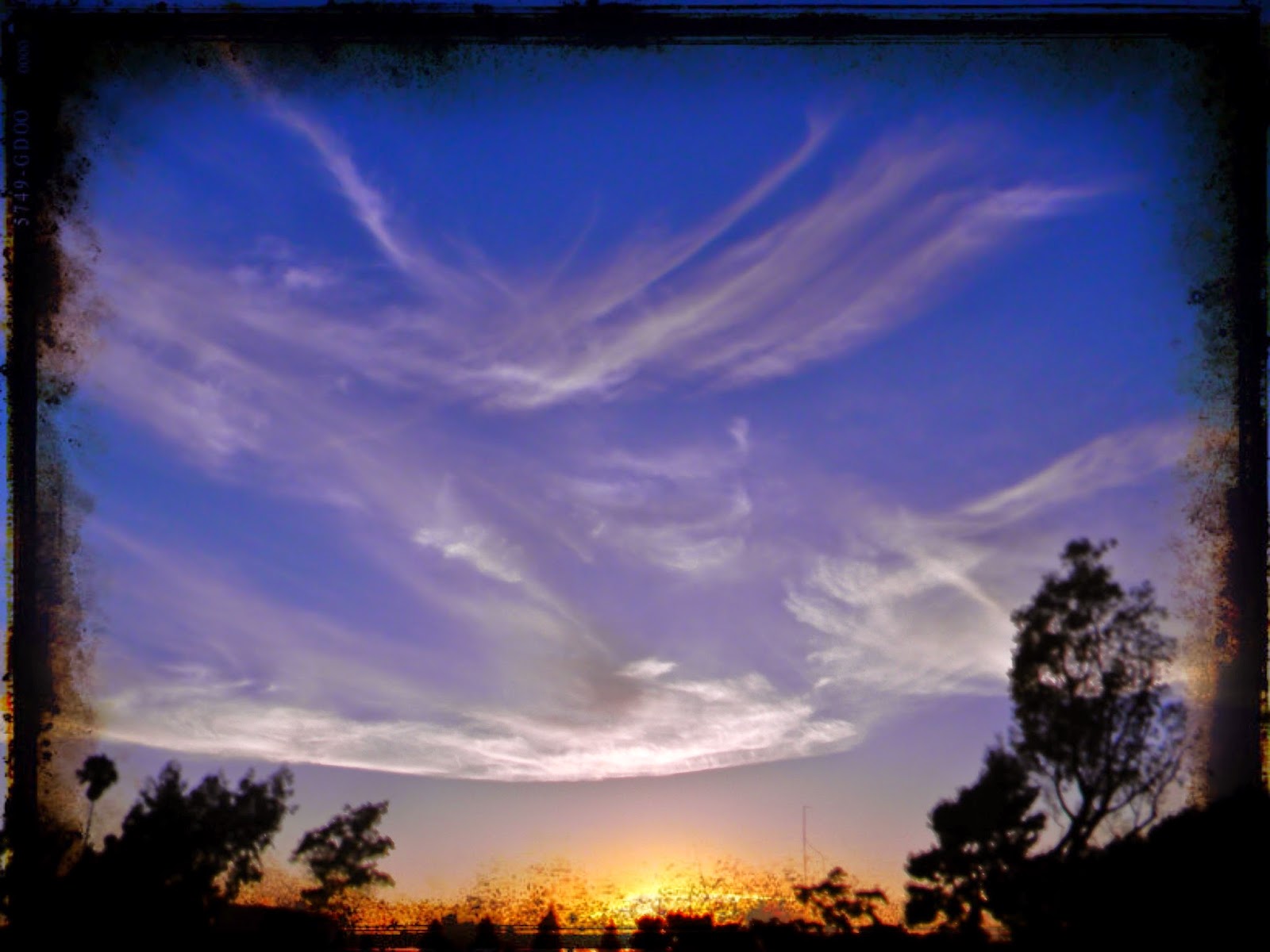 When faced with something toxic, gently set it down.  Examine it dispassionately for the purpose of understanding for in that understanding therein lies a true and beautiful opportunity to gain wisdom and insight into your own spirit.

The above statement came to me earlier this week and turned out to be a bit precognitive in nature.  I’ve written about malware in the psyche in some of my works and we all have it.  As uncomfortable as it may feel, when you are faced with yours, it can be both frightening and exhilarating at the very same time.  When moving through our day to day we come across a present day scenario that sets off a trigger from a moment in the recent past, it feels so very uncomfortable.  When you set that down and look at it from a calm and peaceful perspective, you begin to see the entirety of  the picture in that the recent trigger is not the only one and that is exactly why you may feel completely undone (even if you don’t show it on the outside).  I’m a highly functioning member of society.  I have much insight about any number of things but must admit that turning it inward is much work.  That’s a little funny to me because all the things I write about are based on direct experience.  I'm just as infected with malware as everyone else on the planet.  The only difference I've become more aware of it over time and have learned that through that awareness we can buy ourselves precious seconds to over-ride our automatic mental operating systems infected with malware and make healthier choices for ourselves.

Writers are always encouraged to write what they know.  Well, if I wrote only about emotional trauma, distress and disappointment, I’d be writing soap operas that are useless and reinforcing the negative rather than embodying a curious reflection in the fullness of faith in myself to face whatever it is that has been created by me in my life to deal with.  So, I’m reflecting this morning about a trigger I faced this week.

I can’t reveal all the details because others are involved but I will just say that a fear seemingly originating from just a bit further back in my timeline seemed to be manifesting in my present.  I thought I had solved that fear by stepping off the battlefield and taking a different path.  But fear is funny – if you don’t deal with it head on, it will reappear not to drive you crazy but to give you a better opportunity to understand it.  So, I encountered this opportunity this week and  in the moment of discovery, my body and mind were in reactive mode with so much toxic emotion that I could barely function.  I realized that even though I was in an emotionally reactive state I could still feel the opportunity I had to experience this fearful thing with grace.  Also, fortunately for me, I had  the benefit of unexpected assistance in a moment that helped me realize I was safe to explore what was really happening.  Now, this particular situation is an ongoing one and so I had to ask myself, “Why am I reacting like I am right now?”  I was stunned by an unanticipated and seemingly uncontrollable involuntary emotional reaction.  My own response is in part due to the event I mentioned a little further back in my timeline when I found myself in a similar emotionally reactive state.  I thought I solved this issue at its source when my inner guidance prompted me to take a new direction in an area of my life.  I followed and life was still tough but ultimately it was better.

There was a part of the scenario that always had the potential to come back and it did, a tiny little sliver of it in just the way I most feared and my body unconsciously reacted to that tiny sliver as if I was squared off on the battlefield with broadsword in hand again.  I analyzed my own reactions being of two minds always on a thing – the object and the subject both witness and experiencer of life.  And so, I curiously felt my way through, letting the emotion be…trying not to beat myself up in my thoughts that all of my progress was for naught – all of my progress was brilliant and perfect and the only threat was a perceived one and not a real one.  There was an old fear that creeped up – a fear that I could not handle what was before me.  A lie inside my own mind I recognized immediately but it generated emotion.  I had no choice in the moment other than to let the emotion have its voice and so I just allowed it to be.  I am emotional today but I am also something more – I am wise for my experience of the recent and not too distant past experience but with a little analysis and reflection I see this is a pattern and theme.  There is a string of these very same things that run through the whole of my conscious experience here in physical reality.  This means there was a moment where a certain kind of fear was installed in the form of mental malware by careless individuals who knew not one ounce better.  An old belief was uncovered and that belief was, "I am not good enough."  This realization became a threat to my current conscious belief of what being good enough is.  I realized that the source of the old belief of "not-good enough" was fighting to become completely conscious.

I see the string of triggers and events and their meaning to me, so personalized, so perfect and so me to combat something such as a belief that was never mine but one given me not so much in word but in circumstance (and well, sometimes word).  If I could give you all of the specifics it would make so much more sense but I cannot as it involves others I said and their part in this journey are confidential and well truly irrelevant to my present thoughts and understanding.  I see them as blessed teaches of a very tough life lesson, the threatening of self at the level of a belief held unconsciously.  This is the most destructive type of thoughts there is.  It is unreal should you ever encounter it.  The belief – is null, invalid and untrue and no soul who approaches me and attempts to push that belief back upon me will be met with nothing other than compassion along with a very strong rejection of any form of illusory attack.

My reaction this week was a cellular reaction of a child who knew they were being told a lie, a destructive lie that was reinforced so many times that it crossed their ethical line into oblivion.  I see now that child and how her presence within me today, the way she evoked an unconscious reaction in me in my present situation was the most beautiful gift I have been given in a long time.  The gift of wisdom and the gift of insight…She has been speaking to me for years through anxiety, depression, disappointment and self-limiting thoughts.  She has been fighting to get me to remember the time before we were given the belief – the malware…remember that moment when you knew and believed in the truth of you, that you stood in the brilliance of your own light unphased by the insanity of the malware of others and there do I still stand.

As I reflect on my present day triggering of a core level aspect of malware, I’m shaken a bit physically and emotionally but the observer of the subject (both are me) are actually over joyed.  There is no threat. There is only bad behavior I prefer not to tolerate and there are my choices I will make in line with my own light.  I will participate in full awareness of the truth of my being, I know what I’m capable of and I know where my boundaries are.  I will exercise all aspects of the fullness of my being to face this trigger once and for all knowing no matter what comes of the situation, I am safe, I will be safe and no words or actions can ever change that.  By safe I mean emotionally safe.  This is no physical threat that I face but the challenge of healing an old emotional wound.

We are such amazing and complex creatures.  Beautiful aspects of The Whole are we.  I find as I stand in that light, it's time now to challenge my own perspectives.  For in so doing, the present elements I face become nothing but actors playing roles in a play I thought I might find entertaining to bear witness to.  So creative it is and I’m pleased in this moment at the creativity expressed by all who have participated from the first moments in the long distant past to the present individuals who stand in the roles now.  What a blessing it is to reach a moment of understanding of a life lesson learned and finally understood.

Posted by journalofmcc at 10:28 AM